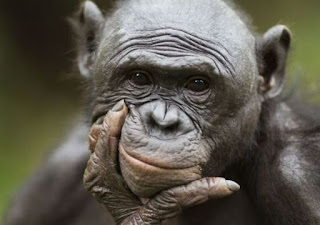 Teachers are already busy. Calls for a 'research-engaged profession' can fall on deaf ears when there is quite simply already too much to do. At the of a long day, or when there are books to mark or lessons for a new spec to plan, the very last thing a teacher wants to do is start reading research, let alone do anything with it. Equally, even if there was the time, some teachers have no desire to engage with research - if we consider teaching an art, as many do, is this okay?

Schools should consider carefully how best to impose anything new, particularly something as time consuming as engaging with research. Some schools have appointed specific TLR post holders to filter down the key findings that are useful for teachers. Others have incorporated it into CPD sessions or the appraisal process. This integrated approach may work in some schools, but requires time (again), money and an interest.

I remember David Cameron (not that one) saying at Northern Rocks 2015 along the lines of, "teachers are already spinning lots of plates, we need to work out which are Ikea and which are Wedgewood". If we are adding more, we need to take something away. We can't keep adding more.

1) Use Chris Moyse's 'Research in 100 words' posters. Download <here>
Put them up around school and rotate:

2) Use the Learning Scientist posters. Download <here>
I made an A5 booklet for 6th formers, I am going to make a display for the corridor and have suggested printing and putting student study booths

3) Share 'The Science of Learning'. Download <here>
In less that 10 pages, staff can have a complete overview of the best we currently know about learning. Cancel a meeting, extend a break time, provide a time to read it

4) Advertise ResearchEd conferences. See <here>
Pay for staff to go - they are on a Saturday!

5) Buy a couple of books for the staffroom/staff toilets. I'd start with <this> and <this>.
And if you can get Nick or David to come and do some INSET

6) Set up a time and space to discuss the opportunities and the challenges.
Make sure there is free lunch, tea and cake.

For me, we need to work out what makes good teachers good so that we can help others grow to be even better. We know a lot more now that we ever did. Surely it makes sense to try and use it?

School leaders just need to create and provide the time, space and resources to make it happen.

Further suggestions received:
1) Join the EBTN <here> [There is a cost...]
2) Sign up to the Best Evidence in Brief email <here> [I don't always find this accessible or practically useful]

The Aquinas Centre at St Mary's University are hosting an event to launch three new GCSE textbooks for the AQA, Edexcel and Eduqas specifications.  This will take place on Wednesday 16th November 2016 at the beautiful Westminster Cathedral Hall (see <here>).

Philip Robinson (CES), Ant Towey (St Mary's) and Andy Lewis (St Bonaventure's) have worked hard over the last 18 months to ensure that the new Catholic GCSE specifications are authentically and accurately resourced. Each will be presenting a short talk on their work, while officially launching the textbooks:
There will also be the official launch of ARC (Aquinas Resources and Conferencing): www.aquinas.org.uk

This is a project to create, source and share the best resources available for Catholic RE teachers working in England and Wales. 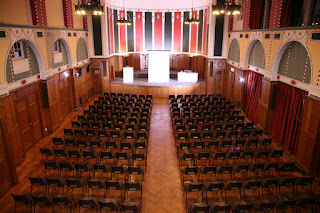 Email ThisBlogThis!Share to TwitterShare to FacebookShare to Pinterest
Labels: Catholic, Presentations, RE, Textbook 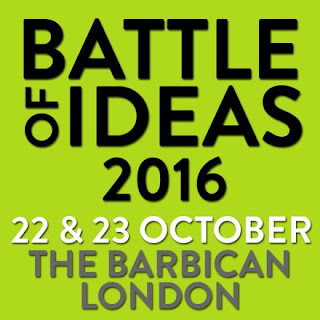 It was a privilege to be invited to speak on a panel about RE at my first Battle of Ideas hosted by the Institute of Ideas. Here I share my opening remarks in full, I deviated slightly, but not by much. I will also include my responses to some of the questions and comments as best as I can recall. There will be a video eventually...

"Schools are at the forefront of negotiating the place of religion in society today" This is going to be a sizzler! #battleofideas Frob aud2 pic.twitter.com/85X4CjqqMj
— Gareth Sturdy (@stickyphysics) October 23, 2016


Firstly I would like to make it clear that I think there are several potential different debates here - and it is not unusual for people to try and mix them all into one. There is one on the place of RE and a separate one on collective worship. There is also a perhaps complex, legal debate about the place of RE as part of the 1988 Education Act, alongside the GCSE and A-Level subject of Religious Studies. Finally, the place of faith schools also often gets involved.

As an RE teacher, straight out of the classroom and on half term, I am going to focus on some of the practical issues surrounding the study of the subject in schools in England at this very moment in time.

We do not have a clear or shared purpose in RE. Some would say it is as simple as teaching about religion and beliefs, a phenomenological approach as it is sometimes labelled. They feel that this academic, objective approach is likely to be most successful in meeting its wider aims. However, there is an increasing move towards a more sociological approach. Personally, I feel this has a place as part of a much wider study, but we do not simply want to simply give our students of a ‘religious landscape of 2016’. Finally there is a call for students to be ‘more religiously literate’ - yet we are not entirely clear on what this means just yet.

This confusion of purpose is clear in the wide and varying names people have tried to give the subject in their school's: Philosophy and Ethics, Social and Cultural Studies, Beliefs and Values, and my favourite Cultural, Religion and Philosophy - or CRAP for short.

History and Geography do not have this problem. If anything, like Business, we simply need to encourage parity by dropping the Studies or Education and just be Religion. We also don’t need to focus on the students and their beliefs. The strength of Geography is that they study things beyond their local area, and History focuses on far more than just things students can immediately relate to.

For me, part of the problem lies in the colonisation of PHSE, Citizenship, the Community Cohesion agenda, SMSC, British Values, Sex and Relationship Education and even Prevent by RE departments. In the desperate desire for curriculum time and status, RE has watered itself down into some hybrid, confused subject.

RE teachers have tried to rebrand to make their subject sound more relevant and engaging; personally I feel this has been damaging. Some full on hoodwink their students - I have heard of students believing they had the wrong certificates on A-Level results day as their qualifications said Religious Studies not Philosophy and Ethics.

These names are no longer usable. GCSEs require the study of two religions and A-Level one religion or New Testament studies. Some people are upset. It is the job of the teacher to make whatever content they are teaching relevant and engaging. By this I mean, accessible, challenging and with clear purpose not fun and games, and linking to other topics and other subject, not ‘down with the kids’.

The new GCSEs have forced RE teachers to teach more religion. The first unit for many has included the Trinity, Creation, Imago Dei, the Paschal Mystery, eschatology… and this has divided the RE community. Some claim this has destroyed the subject, making it dull and irrelevant to students. Others have celebrated as they are able to really do some actual study of religion, some theology, some proper critical analysis. I have heard of one teacher who has abandoned this section on beliefs and teachings to skip to the ethics to get students on board. How are they going to go back? And what value is the ethics without something to underpin it? It will be just student opinion. Sadly, there is a real knowledge deficit in many departments, especially those with non-specialist teachers.

The EBacc has been hugely damaging to RS, it does not enjoy the same status of its humanities counterparts, despite being in the ‘3rd bucket’. As such, students have often been expected to get through the course in half the time of other GCSE subjects. With the old courses this was possible, but now near impossible. Headteachers often don’t understand the legal status of RE, and the relationship with RS, nor the new qualifications.

We are in a period of unprecedented change in RE - driven primarily by the new GCSE and A-Level. I firmly believe we need to teach students more, not less religion, and the fact we may or may not live in a more secular society is somewhat irrelevant. If anything, we should be desperately trying to teach our students as much as we can about religion as it still holds a huge cultural value, and is vital in the understanding of a significant percentage of the global population.

The 2011 census tells us only 25% of the UK population have ‘no religion’, while the global figure is said to be around 15%. It is absolutely right we teach about these non-religious beliefs in schools, but long before the BHA forced a change in law, this was happening in most schools. A 14 year old will be very quick to point out that they don’t believe in what you are teaching about, usually by saying “I’m not becoming a priest, what’s the point in this?”

Interestingly, it is often experts on religion who argue we need less teaching of religion in schools. It’s like they want to keep that cultural capital to themselves. I think that would be very damaging to the young people I see every day in my classroom.

To the question about the inclusion of humanism: 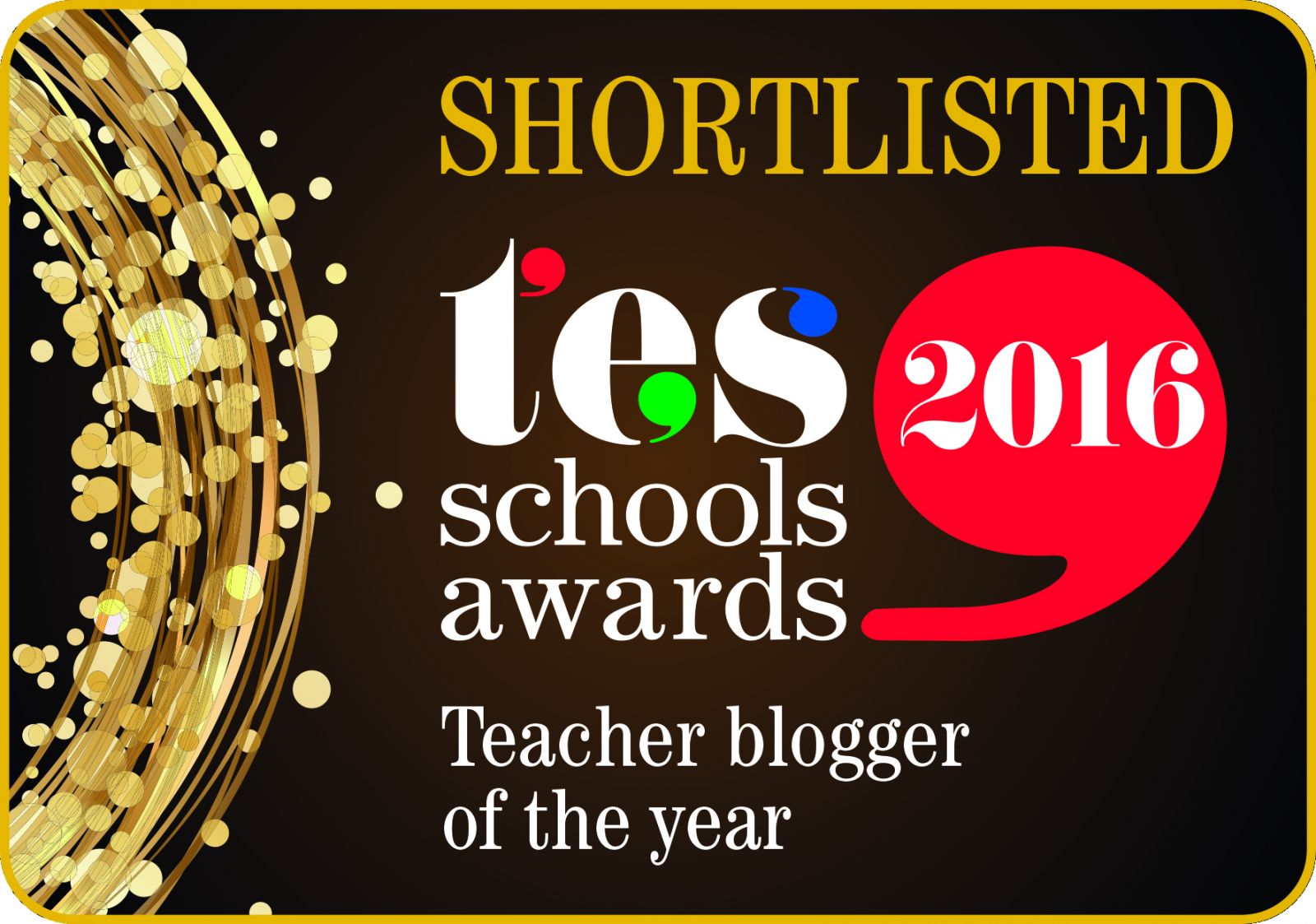